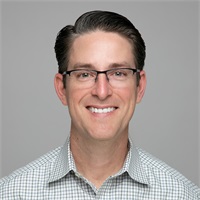 How does one go from being a healthcare professional to a LPL financial advisor? Growing up Tim was told that he was a leader with a gift for being good at relationships and that he should go “do something special”.   Initially this meant sports to Tim as he excelled on the soccer and baseball fields where he was a leader and developed most of his relationships. This led him to studying biology and becoming a certified athletic trainer, helping athletes with injuries and peak performance. In order to become an athletic trainer at the highest level, one needs a master’s degree. Tim’s choices at the time were an MBA or an M.Ed. Since he knew nothing about money and business, he chose an MBA.

All was good, Tim was an athletic trainer at a University, and he had just found the love of his life on a blind date. Like any new relationship, there were many deep conversations about the future that caused Tim to take inventory and evaluate his present career path. There was one question that he could not reconcile. That question was “Why are you still an athletic trainer when you have an MBA? It seems like you can be doing more”. Next thing you know…career change!

Tim moves to Seattle, buys a house, gets married and begins working more on the business side of healthcare. Still in search of “doing something special”, he decides to venture out of healthcare and becomes a financial advisor, joining the wealth management firm of a former healthcare client. Eighteen months later, Tim starts his own financial planning and investment management practice with Waddell & Reed. This was 2008 and the world had entered the great recession. Little did he know that all his training as an athletic trainer would prepare him to help his wealth management clients.

He believes the same process of taking an athlete from injury, when one can’t imagine walking down a hallway without pain, let alone playing their sport at a high level again is in fact quite similar to the process one goes though when they lose a loved one or need to make decisions about their money during an economic downturn. It is an emotional process. There are fears and biases. The process is not linear and requires tweaks and pivots unique to the individual. And it requires an experienced professional to lead one through the process. Who would have thought that being a financial advisor has a similar skill set as a healthcare professional?

Prior Experience: District Manager for Waddell & Reed. LPL Financial Advisor with another wealth management company in Seattle. Business Development Consultant for businesses in California and Washington.